The Linux Kernel features the Netfilter subsystem, meant to aid with establishing the network traffic that goes in or through your server. This Kernel packet filtering system cannot be used without iptables.

Mainly, when a packet arrives on your server, it is redirected to the Netfilter subsystem for approval, handling, or rejection depending on the rules offered by userspace via iptables.

UFW makes this much easier. So how use this firewall?

UFW stands for Uncomplicated Firewall, an app created for managing iptables on the Ubuntu firewall.

UFW is the basic firewall configuration mechanism for Ubuntu Linux, which is why it comes with a simple, user-friendly approach for configuration purposes of the Firewall.

The UFW Firewall for Ubuntu supports both IPv4 and IPv6. Besides, UFW allows you to use a GUI application (named gufw), for the case in which you use a GNOME desktop or a KDE desktop. 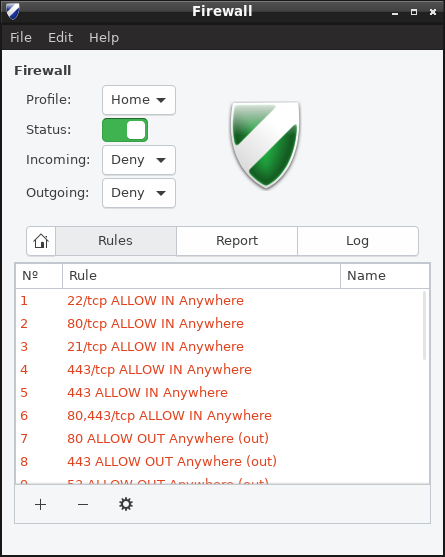 How to install UFW on Ubuntu?

Before starting the actual installation process of UFW on Ubuntu, you will have to undergo a pre-flight check. As soon as the run package updates process is done, you can safely proceed to the installation of UFW. The process is a simple two-step approach:

Check the install via command

To see if it’s running, this command

Keep in mind that at this stage, there not much to set up, as no enable or restart with the system is doable since UFW is meant for managing purposes of iptables or netfilters.

Not running? To enable UFW, you will have to run the command

Keep in mind that if you are in a migration process from an iptables based setup, you will have to redesign the commands in UFW.

Now that it’s installed, how can you configure it?

To close an opened port:

To show all the rules:

To have the best results with Ubuntu Firewall, it is necessary to set up the basic rules first, enable them, and afterward enable UFW. In this way, you don’t risk getting locked out while working over SSH.

Setup a Firewall with UFW on an Ubuntu and Debian

You can use these commands to configure your firewall in Ubuntu Linux and Debian Linux.

And only allow what you need (ssh, web, ftp, dns)

What are the advanced UFW settings?

Of course, as it is the case with any type of Firewall, you are allowed to activate several advanced UFW commands. These include: